Home » Environment » Where does my Water Come From?
EnvironmentHealth

Wondering where your water comes from? Or maybe how it gets treated? We answer these questions as well as listing the best places in the country for clean and great tasting tap water.

Despite the fact that our planet is made mostly of water, only a tiny percentage of that water is fresh, and only a fraction of that is drinkable.

In today’s article we explain where our home drinking water comes from and how it is treated at the municipal plant. We also list the places with the best tasting and safest drinking water in the USA and the world.

Contents hide
1 The history of the urban water supply
2 Where does tap water come from?
3 How is my water treated?
4 Water testing and standards
5 What cities have the best tap water in the United States?

The history of the urban water supply

Water is so essential for human life and survival that the ability to access fresh, drinkable water is one of the hallmarks of civilization, dating back to our earliest history as humans.

In ancient times, the proximity to drinking water was always the key decision in choosing where a city or settlement should be built. These days technology has allowed us to venture far from the source of drinking water. We’ve had to invent some pretty ingenious ways to do this though. 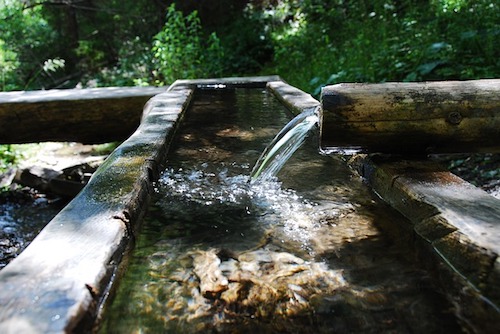 Where does tap water come from?

Millenia of invention, investment, and improvements have led to a world in which 89% of the people on earth have access to potable water. But, as the methods by which water is delivered to people have evolved and become more refined, potable water has always come from the same sources. 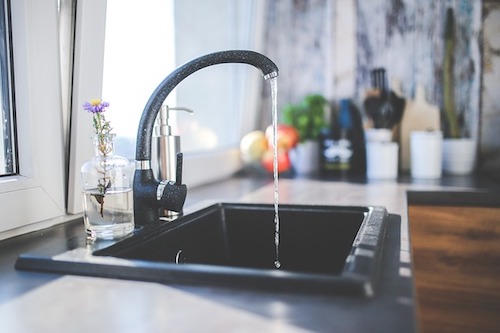 The specific source of your tap water depends on the sources of water that are most readily accessible and available in your community. For most people in the developed world, tap water is also called “improved water”, and is collected, treated, and distributed by a central municipal authority, either a government or utility service.

How is my water treated?

The majority of us receive water that is treated at the local municipal water facility. In most places, fresh water is collected and pumped into tanks to be processed for the water supply. Water can be collected from groundwater, or reservoirs, or dams: where ever the fresh water is most accessible and abundant. Water processing facilities are usually located close to the source of water. 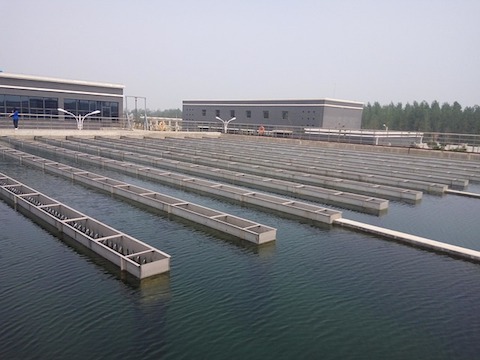 During the improving process, natural fresh water is collected and then undergoes several processes to ensure that it is safe to drink. Generally speaking, water is treated in the following ways:

1. Screening – the water is run through a screen filter simply to remove any debris like leaves, sticks, or large particles that will interfere with further processing. This is the most basic form of filtration and works exactly how a coffee filter does.

2. pH adjustment –  the water is tested to determine if it is acidic or alkaline. Some natural water sources are more acidic than others, due to local soil and mineral composition. Acidic water is more difficult to process, and more corrosive to pipes, so the pH level of water is often adjusted to raise alkalinity. You can learn more about alkaline water in this post.

3. Coagulation to remove particles – natural water is full of tiny particles of clay and silt, or algae and bacteria. Compounds are mixed into the water to capture these tiny particles and force them to coagulate, forming larger particles that are heavy enough to naturally fall to the bottom of the water. Iron and aluminum salts are the most common coagulant treatments. 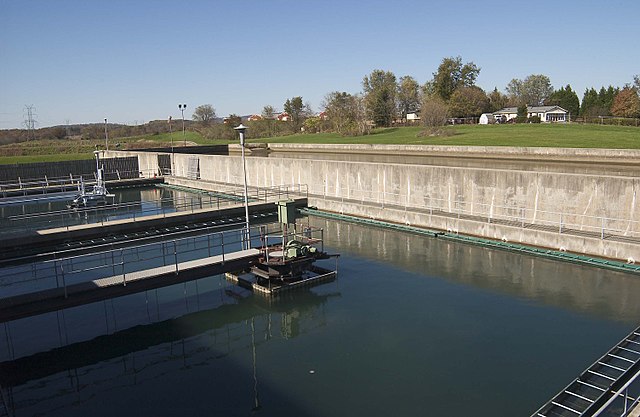 The coagulation process at a treatment facility

4. Sedimentation – the water is then allowed to collect and flow very slowly. This prolonged period of relative stillness allows impurities to sink to the bottom of the water. The top layer of water slowly moves on for further processing, and the sediment remains at the bottom of the tank.

5. Further filtration – coagulation is effective for many inorganic particles, but not all of them. The water is filtered more finely, often multiple times, to remove as many of these tiny inorganic particles as possible. Generally this is done by filtering the water through sand, to mimic the natural process of water flowing down to the aquifer.

6. Disinfection – filtration will not always remove or kill organic contaminants like viruses or bacteria. The water needs to be disinfected in a way that will kill organic matter. This is typically done with chlorine, which quickly kills harmful microorganisms.

Generally speaking, after all this processing, water is potable and ready to be distributed through the tap water system to your home. Some cities may further process the water, treating it to add fluoride or to condition the water to soften it.

Water processing consumes a great deal of energy. For most cities, 30-40% of the entire energy consumption of a city is spent on processing drinking water and waste water, and it consumes 4% of all the energy in the US.

The Safe Water Drinking Act of 1974 requires that every public water system in the United States meet Environmental Protection Agency standards for clean drinking water. EPA regulations spell out both mandatory requirements, and target levels, for contaminants in drinking water. The regulations apply to:

Public water systems are required to regularly monitor and test their water, analyzing it with EPA-approved methods in EPA certified laboratories or agencies. Public water systems must notify consumers if it violates drinking water regulations or standards.

Community water systems, that provide water to the same people throughout the year, must provide an annual “Consumer Confidence Report” to their customers, detailing levels of contaminants in the water and explaining any public health risk.

You can find your local CCR water report here.

What cities have the best tap water in the United States? 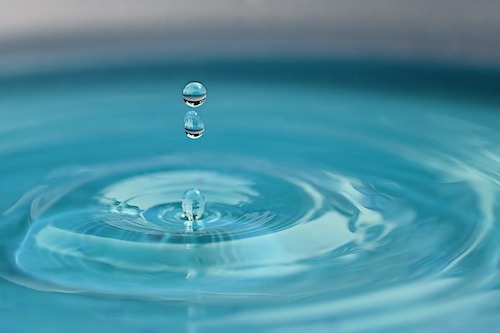 Good tap water needs to not only be clean, meeting or exceeding EPA standards, but it should also taste and smell good. Of course, taste is subjective. Every year, various organizations hold tap water taste tests and the results can be very different.

The most prestigious of these organizations, the annual Berkeley Springs International Water Tasting competition, recognized the best US tap water in 2018 as being from:

The Berkeley Springs International Water Tasting competition gave their 2018 award for best tasting water in the world to Clearbrook, British Columbia, Canada. Clearbrook is a repeat winner in this category.

However, taste isn’t everything. EPA ranking and water testing have shown that the cleanest tap water in the United States in 2017 can be found in:

The history of where tap water comes from and how it reaches our homes is complex and fascinating. The fact that millions of people all over the world have immediate and reliable access to fresh, drinkable water from inside their own homes is itself a huge achievement, the culmination of thousands of years of processes, technologies, and improvements.

Large parts of the developed world are, for the first time in history, relatively free from water-borne diseases like cholera, botulism, Giardasis, dysentery, and typhoid. However, around the world, these diseases still kill 1.5 million people every year, and almost a million of those deaths are attributable to the lack of clean water for drinking, sanitation, and hygiene.

In order to ensure access to clean water for everyone, we need to work on reducing water pollution and protecting the supply of fresh water for everyone. It is a resource that should be protected and shared among all people. And we need to invent technologies that will reduce the massive energy cost of water treatment and processing, making systems that are accessible even for those in less wealthy countries. Finding cost-effective ways to process and treat water will be the next big step in the history of human civilization.

If you’ve got any questions about anything we’ve covered today, let us know down below or over on the contact page.

If you found this article interesting then we recommend our post about why we can’t make water.