In today’s article we learn all about brackish water. It’s becoming more common and that’s not good news. 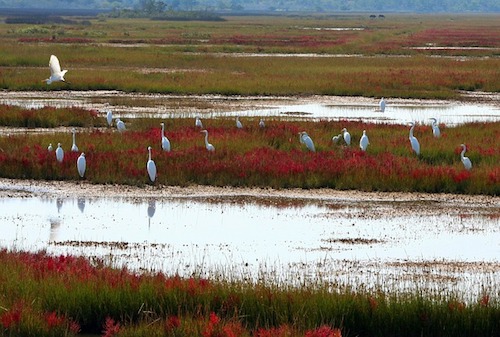 Did you ever stop to think about the properties of fresh river water as it collides with the open sea, or perhaps you know an aquarium enthusiast who’s been telling you all about his new breathtaking brackish water tank?

In both cases, the term “brackish water” comes up, and while most of us have heard something about it during middle school biology class, chances are you weren’t taught much to begin with, much less remember any of it today.

If brackish water is a subject you wish to explore further, you’ve come to the right place! This article takes a closer look at this naturally occurring, but increasingly manmade phenomenon. We’ll discover how it comes about, what its properties are and also its consequences for the environment.

You’ll know everything you wanted about brackish water by the time you get through reading this, and the best way to start is by defining what brackish water actually is.

Neither here nor there

Simply put, brackish water is water whose salinity (the amount of salts that are present in a given amount of the water) falls between fresh and sea water.

You might be thinking that that’s kind of a loose definition, and you’d be right – it isn’t set in stone at which point water is too salty or not salty enough to be considered brackish.

However, most experts have reached a consensus which states that water which contains between half a gram and twenty grams of salt per kilogram can be considered brackish.

To get such accurate measurements, one has to use a hydrometer – a measuring device which compares the water’s specific gravity i.e. the difference between its denseness and the denseness of completely fresh water.

Even though accurate, results taken from the same body of water on different occasion can vary based on circumstances – one can expect an inlet to be more saline during hot summer days, or less so when it rains for example.

How does brackish water form?

Naturally occurring brackish water can be found all over the world, and it can form in a number of different ways. The most typical and well-known sources of brackish water are estuaries, the wide river mouths that mark the end of a river’s journey towards the sea. 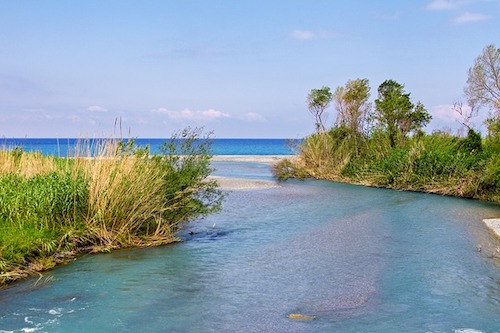 Even though most respectable rivers have estuaries, the most famous are that of the Nile, the River Thames and the Amazon. In the United States, notable examples include Chesapeake Bay, San Francisco Bay and the estuary of the East River.

Swamps are another kind of brackish water source characterized by fluctuating salinity levels and unique eco-systems. Even whole bodies of water such as entire seas and lakes are considered brackish. The Baltic Sea is the best-known among the former, while the Caspian Sea takes up the most prominent spot when lakes are concerned as, in spite of the name, it is technically a lake. 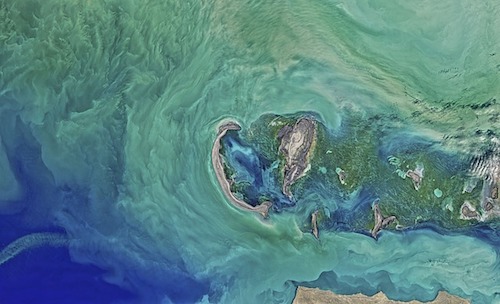 The Caspian Sea from space

In shaping their surroundings, humans have created sources of brackish water too. Establishing connections between marshlands and the sea/ocean as well as the construction of levees are the most common civil engineering projects with brackish water as one of their results. Specific fish-farming projects also require the use of brackish water in food production.

An eco-system for the hardy

Brackish water presents an interesting and more often than not deadly challenge to both flora and fauna – certain plant species that thrive a handful of meters away from it in parts of a river which are still fresh wouldn’t fare well in conditions which, although not quite as hostile to freshwater life as the sea, are still very much unsupportive of their requirements. There are both plant and animal species however which are hardy enough to withstand brackish water’s unique composition, and even thrive in it. 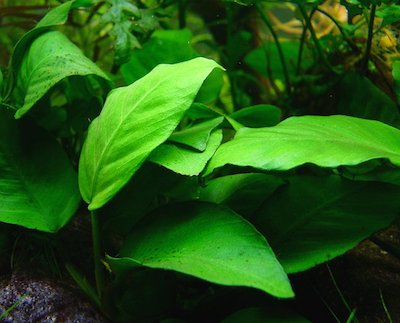 Take the anubias plant for example. Its vibrant green leaves are a common sight both on riverbanks and on the riverbed, but they have no trouble adapting to and surviving in brackish water either. Neither do fanwort or riverweed for that matter. Known for their luscious, rapidly growing fronds, they’re favorites among fans of brackish aquariums.

Fish have made brackish water their home to an even greater degree. It gives the fish an ideal habitat in which to grow old and plump without having to worry about pickier predators. This is also the place where saltwater and freshwater fish meet, as some species among both survive well in brackish water.

Redfish and striped bass are great examples of saltwater fish which make regular forays into brackish and even freshwater territory, while arrowheads, gars and scats are known to venture out from more familiar freshwater territory into saltier waters. 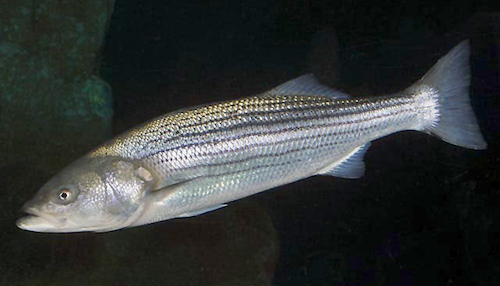 What kind of effect does brackish water have on our environment?

The challenges that global warming and climate change on a planetary scale bring have had an impact on the composition and increased occurrence of brackish water. As global salt levels continue to rise, so does the volume of brackish water, bringing with it unforeseen and undesirable consequences for surrounding habitats as well as for the people that inhabit them.

One of the most damaging aspects of brackish water is the rapid decrease in biodiversity that accompanies it. As we’ve seen, there aren’t that many species which are able to survive let alone flourish in brackish water, and its introduction into habitats which were previously untouched by it causes countless species to either migrate, or die off outright. 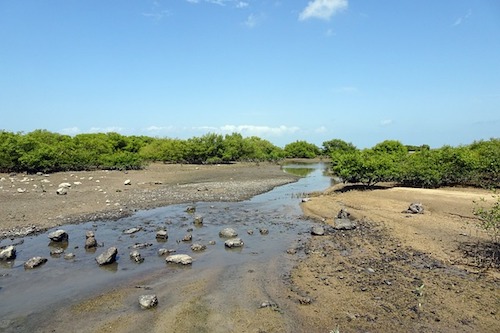 Brackish water can have catastrophic consequences for agricultural production as well. Since it is much closer in composition in terms of salinity to water already present within a plant, osmosis can’t occur, causing the plant to essentially dry out and wither away. Not only does this mean that harvests are severely reduced and even put into question, but the salty soil can become arid and stop supporting cultivation altogether.

When there are fewer plants – especially trees and shrubs – whose deep roots keep soil together, both the risk and extent of erosion is increased, leading to potentially enormous and life-threatening floods, the loss of soil and noteworthy changes to the entire affected landscape.

We’ve got many more articles about science and the environment here at TheWater Geeks.com. We recommend checking out our post on why ice floats next.

Don’t forget to follow us on social media to stay notified of new posts like this going live!