Home » Science » Why Does Ice Float on Water?
Science

It just doesn’t make any sense right? We use some simple science to explain how water and ice interact. 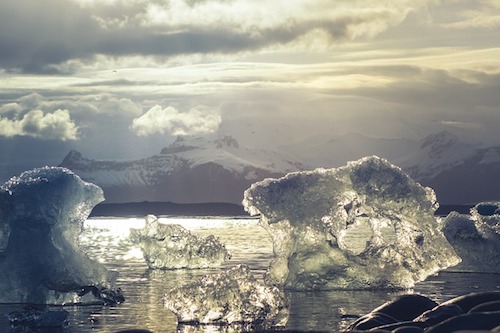 It doesn’t matter whether it’s the latest country-sized iceberg that’s recently broken off of the Antarctic or a humble cube that’s slowly melting away and keeping your drink cool in the process – it is an undisputed fact that ice floats!

It’s such a mundane phenomenon that rarely anyone stops to think about it, but if you take a moment to do so, you’re left with a lot of questions like “Isn’t ice a solid and therefore heavier than a liquid?” or “No other solid floats on the surface of its liquid form, so what makes ice different?”

Those are some very perceptive and interesting questions, questions this article will give an answer to. Water is perhaps the most remarkable liquid in existence, and by the time you’ve discovered the reason behind its solid form’s buoyancy, you’re bound to start appreciating its uniqueness even more.

Contents hide
1 Going against the grain
2 A startling anomaly
2.1 Is ice made from sea water any different?
2.2 Are there exceptions?
2.3 Conclusion

Going against the grain

Ever since that fateful “Eureka!” uttered by Archimedes some 2,200 years ago, we have been aware of the liquid displacement principle.

So, if you take a solid object like a baseball and place it in water, the ball will sink to the bottom of the container because it is heavier than the water it displaced.

This principle can be applied to the vast majority of materials and their different states too – if you take a solid piece of iron and toss it into a cauldron of liquid iron it is going to sink since its solid form is denser than the liquid one.

The logical conclusion is that this is not the case with water, but why? Water displacement with ice is a little different… 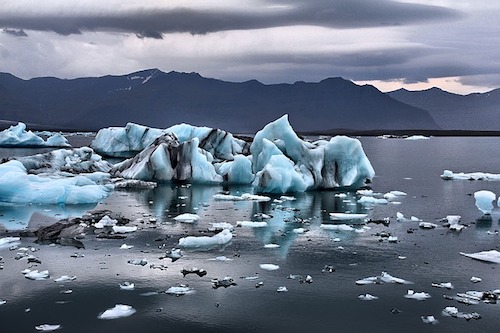 To answer that question, we’ll need to take a closer look at water’s structure at an atomic level. In middle school, we’re taught that water or H2O is a chemical whose two hydrogen and one oxygen atom are held in place with what’s known as a covalent bond. This type of bond exists between two non-metal elements and is in itself hard to break.

Recommended Article: Find out all about brackish water next!

This fact comes into play as the water molecules start to cool. For a time, water follows the same principle as other matter – the cooler it gets, the smaller the space between individual molecules becomes. Then at around 4° Celsius, something changes – water reaches its densest state and actually starts becoming less dense as it approaches its freezing point.

Another fun fact about the water molecule most of us have forgotten is that the angle between the two hydrogen atoms equals around 104.5 degrees, meaning that one side of the molecule is positively charged while the other, larger side taken up by its oxygen atom is negatively charged.

Since two-thirds of the molecule are charged in this way, it is more likely that they’ll be exposed to the same charge of an adjacent molecule. This isn’t a problem until 4° Celsius is reached, at which point the oxygen atoms are as close to each other as their charge will allow.

At higher temperatures the covalent bond can be more easily broken and reestablished. Cooling the water decreases its density as well as the activity of individual molecules. By the time the water’s temperature reaches 0° Celsius the hydrogen bond arranges the water molecules in a way that both prevents them from drifting apart any further and stabilizes them into a cohesive crystal structure which we know as ice. 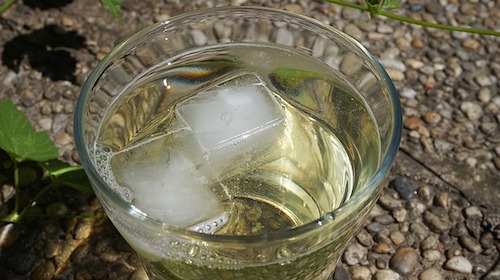 Since the ice is slightly less dense than water, the mass of the water it floats on is greater than its own, resulting in buoyancy. This also explains why you’ll never see ice forming at the bottom of bodies of water but at their surface instead. The densest water falls down to the bottom instead, ensuring that fish and other living creatures don’t freeze to death during the colder part of the year.

Is ice made from sea water any different?

Although the sight of a freezing ocean is rarer than that of a frozen river, sea water does indeed freeze as well. The principle is more or less the same, but the weather needs to be colder for it to happen as the salt contained within sea water lowers its freezing point to about -2° Celsius. The ice which forms from sea water actually doesn’t have all that much salt in it. Its salt content is in fact so negligible that you can drink it if there’s no other fresh water at hand. 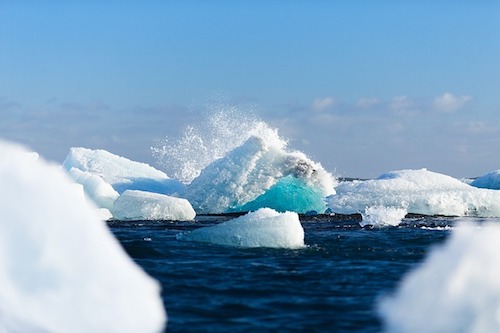 While ordinary water and the ice made with it follow the principles laid out above, heavy or deuterium water does not. Infused with an isotope of hydrogen called deuterium which has an additional neutron, it is denser than regular water. Ice created from heavy water will sink in the ordinary kind, and it doesn’t stay afloat in heavy water either.

It’s fascinating how the fact that ice floats on water is not only one of nature’s peculiarities, but also one of the fundamental phenomenon’s that shapes the way life as we know it exists.

Were it not for ice’s abnormal behavior, the earth’s lakes and rivers would be lifeless, as would the bottom of the oceans. As if that wasn’t weird enough, there would be no ice caps as they would also sink, taking with them entire eco-systems and much of Earth’s ability to reflect light and regulate its temperature. Good thing that there are some substances that defy the norm, wouldn’t you agree?

Why can’t water just be made in a lab using hydrogen and oxygen? Find out the answer here.

Heard of micellar water? We explain the latest craze here.

Check out our Facebook page where you can stay notified of all the latest articles here at The Water Geeks.